This is a question that comes up when people first start learning Creole. I will give the short answer in this article but you can learn much more by diving into the information on Wikipedia.

Think of a “creole” language as a “re-mix” of the parent language. After hundreds of years these become native tongues in their own right and well suited for their own special cultures. The worldwide empire of France resulted in many local remix versions, many of which developed even after the French were gone.

Haitian Creole is the language of Haiti. When the French colonial empire enslaved millions of Africans over several hundred years, they assimilated a people from many different languages into one small colony. The colonial overseers only taught the most essential parts of their French language to these forced workers. This basic 17th-century French combined with African, Spanish, and eventually English influences to form modern Haitian Creole.

The francophone language still holds strong influence, as French is the second official language of Haiti. Creole is a fully formed language with over 12 million native speakers, it has roots in French but has advanced to fit the unique culture of Haiti.

Please never call Haitian Creole a “dumbed down” French. That is a historically ignorant statement loaded white supremacy and disrespect of the people of Haiti.

What is French Creole?

French Creole is a category of languages, not it’s own specific language. See this Wikipedia article for a list. Haitian Creole is the most developed and widely used among that group. These are also the result of French colonization around the world. However, few of these have achieved the extensive development and widespread usage enjoyed by Haitian Creole. Sometimes the Creole of Haiti is called French Creole as shorthand, even if that is not technically accurate.

What’s the difference between french and Haitian creole?

The first difference you’ll notice is the spellings. Creole has it’s own orthography (system for writing sounds) which is different than French. That means the same sound would be written with different letters. In other words, if you know how to read modern French you wouldn’t be able to read a book in Haitian Creole.

Another major difference is the grammar, especially the verbs. Creole has it’s own system to indicate the nature of action a verb is describing (i.e. past, present, future). You’ll also realize that the French system of noun gender is largely absent in Creole.

Even when you notice similar words, the Haitian version will have a slightly different pronunciation and sometimes a widely different usage. That’s because the French influence on was from 17th century, not modern the modern French you would speak today in Paris.

However, contemporary French has tremendous influence on Haiti as it’s a co-official language. Newspapers, TV movies, government documents, and most secondary education are in French. There is a constant blending and remix in everyday conversations, even if that’s not strictly considered Creole. You can learn more about that from the Haiti Hub blog post about Kreyòl swa (French influenced) and Kreyòl rek (traditional Creole)

If you love Haiti and it’s language, then you need to check out the MIT-Haiti Initiative and the work of Dr. Michel DeGraff.

Anthony is the editor of Haitian Creole Net. He is originally from Indiana and has a background in education (MA 2008). He first came to Haiti in 2014 with a church mission team. Like many, he fell in love with the beauty, culture, and people of Haiti. Soon he was fluent in Haitian Creole as his second language. His native language is American English, but he has studied French, Spanish, Greek, and Hebrew. Anthony currently resides in Carrefour, Haiti. He applies his own learning experience and skills in curriculum development to help others learn. 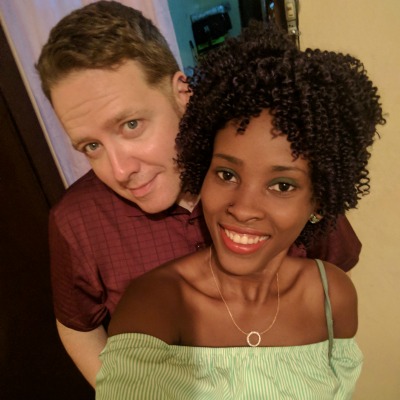